As the U.S. heads into a third pandemic winter, the first hints are emerging that another possible surge of COVID-19 infections could be on its way.

So far, no national surge has started yet. The number of people getting infected, hospitalized and dying from COVID in the U.S. has been gently declining from a fairly high plateau.

But as the weather cools and people start spending more time inside, where the virus spreads more easily, the risks of a resurgence increase.

The first hint of what could be in store is what’s happening in Europe. Infections have been rising in many European countries, including the U.K., France, and Italy.

“In the past, what’s happened in Europe often has been a harbinger for what’s about to happen in the United States,” says Michael Osterholm, director of the Center for Infectious Disease Research and Policy at the University of Minnesota. “So I think the bottom line message for us in this country is: We have to be prepared for what they are beginning to see in Europe.”

Several computer models are projecting that COVID infections will continue to recede at least through the end of the year. But researchers stress there are many uncertainties that could change that, such as whether more infectious variants start to spread fast in the U.S.

“We look around the world and see countries such as Germany and France are seeing increases as we speak,” says Lauren Ancel Meyers, director of the UT COVID-19 Modeling Consortium at the University of Texas at Austin. “That gives me pause. It adds uncertainty about what we can expect in the coming weeks and the coming months.”

However, it’s not certain the U.S. experience will echo Europe’s, says Justin Lessler, an epidemiologist at the University of North Carolina who helps run the COVID-19 Scenario Modeling Hub.

That’s because it’s not clear whether Europe’s rising cases are related to people’s greater susceptibility to new subvariants they’ve not yet been exposed to. In addition, different countries have different levels of immunity.

“If it is mostly just behavioral changes and climate, we might be able to avoid similar upticks if there is broad uptake of the bivalent vaccine,” Lessler says. “If it is immune escape across several variants with convergent evolution, the outlook for the U.S. may be more concerning.”

In fact, some researchers say the U.S. is already starting to see early signs of that. For example, the levels of virus being detected in wastewater are up in some parts of the country, such in Pennsylvania, Connecticut, Vermont and other parts of the Northeast. That could an early-warning sign of what’s coming, though overall the virus is declining nationally.

“It’s really too early to say something big is happening, but it’s something that we’re keeping an eye on,” says Amy Kirby, national wastewater surveillance program lead at the Centers for Disease Control and Prevention.

But infections and even hospitalizations have started rising in some of the same parts of New England, as well as some other northern areas, such as the Pacific Northwest, according to Dr. David Rubin, the director of the PolicyLab at Children’s Hospital of Philadelphia, which tracks the pandemic.

“We’re seeing the northern rim of the country beginning to show some evidence of increasing transmission,” Rubin says. “The winter resurgence is beginning.”

Assuming no dramatically different new variant emerges, it appears highly unlikely this year’s surge would get as severe as the last two years in terms of severe disease and deaths.

“We have a lot more immunity in the population than we did last winter,” says Jennifer Nuzzo, who runs the Pandemic Center at the Brown University School of Public Health.

“Not only have people gotten vaccinated, but a lot of people have now gotten this virus. In fact, some people have gotten it multiple times. And that does build up [immunity] in the population and reduce overall our risk of severe illness,” Nuzzo says.

Another crucial variable that could affect how the impact of a rise of infections is how many people get one of the new bivalent omicron boosters to shore up their waning immunity.

But booster uptake in the U.S. was already sluggish. “Nearly 50% of people who are eligible for a booster have not gotten one,” says William Hanage, an associate professor of epidemiology at the Harvard T.H. Chan School of Public Health. “It’s wild. It’s really crazy.”

And the demand for the newest boosters is pretty lethargic so far. Fewer than 8 million people have gotten one of the new boosters since they became available over the Labor Day weekend, even though more than 200 million are eligible.

Given the likelihood of a surge, it’s critical that people be up to date on vaccines, says Nuzzo. “The most important thing that we could do is to take off the table that this virus can cause severe illness and death,” she says.

“There are a lot of people who could really benefit from getting boosted but have not done so.”

Chicago, Aug 18th, 2022 – Trilab Health, having a longstanding relationship with ThermoFischer Scientific, announced a strategic R&D partnership for the development of more specific and sensitive testing processes within wound care and women’s health testing. Trilab is developing tests that will aid in the diagnostics of Sexually Transmitted, Urinary Tract and Wound Care infections along with Antibiotic Resistance detections.

New testing modality uses proprietary techniques and methods and offers clinicians a 24hr turnaround alternative to the traditional culture and sensitivity testing that can take up to a week. It also offers a much higher degree of Sensitivity and Specificity in both organism and antibiotic resistances identification that will play a significant role in the enhancement of patient care and clinical outcomes. Contagious Omicron subvariants of the coronavirus — such as BA.1, BA.2, BA.4 and BA.5 — can escape antibodies from previous infections and vaccines, though booster shots appear to provide enough protection to prevent severe disease, according to a new study published in Science.

COVID-19 was the third leading cause of death in the United States between March 2020 and October 2021, according to an analysis of national death certificate data by researchers at the National Cancer Institute, part of the National Institutes of Health.

According to the Centers for Disease Control and Prevention, allergies, colds and coronavirus overlap in some symptoms

A coronavirus testing site at Temple University’s Ambler campus in Montgomery County expanded its criteria to include people dealing with stomach issues or a loss of smell and taste. It comes after doctors revealed new symptoms associated with COVID-19.

Blood work provides essential insight into how your organs are functioning

Blood tests have multiple benefits, including:

Why and when you need blood work

Testing for COVID-19 has plummeted globally, making it tougher for scientists to track the course of the pandemic and spot worrisome viral mutants as they emerge and spread.

The NIH indicates the importance of COVID-19 testing if we want our community to get back to normal. Early COVID testing can help save many lives by detecting the virus and allowing patients to isolate themselves early on to avoid spreading the virus. COVID testing is also very quick. You can receive results from a rapid test in as little as 15 minutes. 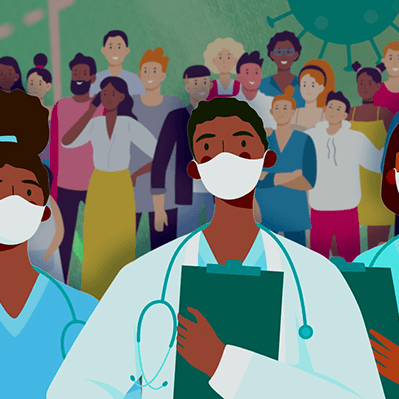 Why COVID-19 testing is the key to getting back to normal
From wearing a mask to washing your hands to maintaining physical distance and avoiding large indoor gatherings, each of us can follow proven public health practices.